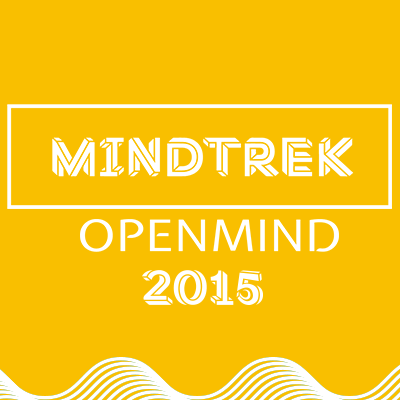 We will be welcoming new cities at the launch of the second wave of the Open & Agile Smart Cities initiative (OASC) on September 22, 2015 at the opening of the Mindtrek Openmind 2015 event in Tampere, Finland.

In addition, there will be workshops on both the technical mechanisms of OASC and on the policy and business aspects during the three-day event.

Seppo Haataja, director of Innovation Programs in Tampere says: “We are very happy to be hosting the launch of the second wave of OASC here in Tampere. It is a unique and very promising global initiative, which also aligns well with the Six Cities initiative here in Finland. We find that open data and city collaboration are at the heart of smart city development, but now it is moving to the next, concrete level.”

Apart from the launch on the main stage, which holds an audience of 700, there will be a series of workshops which will go into more detail with OASC. The full preliminary Mindtrek Openmind program is available online.

On the technical level, a workshop will invite tech-savvy people from cities (and elsewhere) to have a closer look at the three OASC mechanisms: the NGSI API, the CKAN data platform and harmonised data models. As cities and companies are implementing these in cities around the world, practical as well as strategic questions arise.

The technical workshop is meant as a place to learn from others and to share experiences. It is also an opportunity to discuss further development and formulate input for the OASC Task Force.

Martin Brynskov, chair of the Open & Agile Smart Cities initiative says: “The overwhelming commitment and adoption of the OASC mechanisms are now coming to a new level where practical implementation and integration is getting full attention. We have seen national events where cities in OASC countries have come together to get to work. Now we connect these people with the first proper international forum for cities and developers. It is really about getting practical now.”

For policy makers and business developers, there is a dedicated forum during Mindtrek. Here cities and businesses can meet and discuss how to make the best of the OASC initiative and help shape a de facto smart city market that operates on the conditions that are special to cities.

Jarmo Eskelinen, vice-chair of the Connected Smart Cities Network, and CEO of Forum Virium Helsinki says: “One city is not a market. Both in the sense that it is not big enough, and in the sense that it is first and foremost a city. But OASC is creating a much, much larger playing field, for businesses to address, essentially giving cities much more freedom to choose and integrate smart city solutions in a way that fits the local reality.”

The Open & Agile Smart Cities Task Force, which is the forum for development of the OASC initiative and mechanisms, will convene for the first time with the new cities in Tampere. In this forum, each OASC country has a representative, supplemented by three members of the Connected Smart Cities Network.

The OASC Task Force will drive the development of the OASC mechanisms, and this is where practical issues and strategic rodmaps will be qualified and created – based on the actual needs and experiments of the cities who implement the OASC mechanisms.

Cities who are looking to join the OASC initiative at the 2nd wave should express interest before August 15 and sign the Letter of Intent by August 31. See the OASC FAQ section for more info.

The OASC community should already now “save-the-week” of January 18-22, where the annual Connected Smart Cities Conference will convene everyone again, like last year, with workshops and presentations in Brussels.