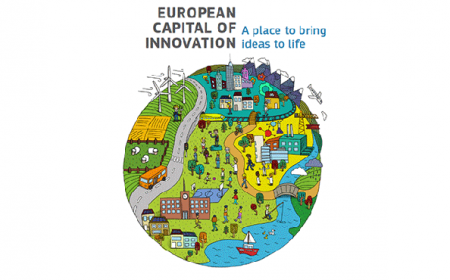 We are very proud to announce that four out of the ten finalist cities for the 2017 European Capital of Innovation are members of the Open & Agile Smart Cities network.

Ten cities – Aarhus, Copenhagen, Helsinki, Tampere, Nice, Paris, Tallinn, Berlin, Tel Aviv and Toulouse – are shortlisted as candidates for the European Capital of Innovation contest. One of the cities will be rewarded for its best ‘innovation ecosystem’.

The 2017 European Capital of Innovation award was launched in March 2017 to acknowledge the cities’ systemic innovation. The contest was open to cities with over 100.000 inhabitants from EU Member States and countries associated to Horizon 2020, the EU research, and innovation program.

The winner of 2017 will be following in the footsteps of previous awarded cities, Barcelona and Amsterdam. In 2014, Barcelona won the award for introducing new technologies, fostering economic growth and welfare of citizens. In 2016, Amsterdam won with its innovation ecosystem, connecting citizens, public organization, academia and business.  This year, 32 eligible cities from 17 countries applied for  the competition. The ten finalists will be evaluated before the European Commission chooses the winner.

The winner of the European Capital of Innovation must prove and present innovative solutions to their relevant societal challenges by completing the following guidelines:

We wish all the cities good luck and we are looking forward to the announcement of the winner of the competition on 7 November 2017 at the Lisbon Web Summit.