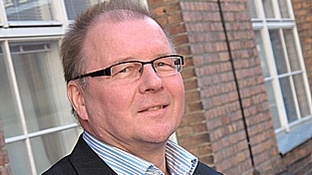 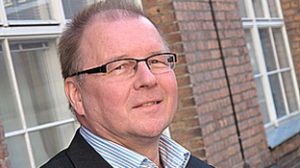 OASC chair, Dr. Martin Brynskov says: “I look immensely forward to working with Seppo and the OASC Task Force to facilitate open and agile development on all levels of the whole smart city agenda, which is a crucial element of the digital transition of our societies. With OASC encompassing more than 50 cities from 12 countries worldwide by September, this is a very concrete and necessary step that will strengthen the initiative’s operational capacity considerably.”

With leadership positions in hi-tech, economic development, research collaboration and product development at Nokia, VTT (Technical Research Centre of Finland) and the City of Tampere, Seppo brings 28 years of unique experience and knowledge to the secretariat, joining both a technology and city background with an economic policy, research and business profile.

Mr. Haataja was strongly involved in establishing the Wi-Fi standard for wireless networking, which we now all take for granted. He comes from a role of heading the economic development program “Open Tampere” at the City of Tampere.

“The OASC initiative is a unique opportunity to create a smart city market, driven by the priorities of cities,” says Mr. Haataja. “Somebody has to go first. As a vendor-neutral, global initiative, OASC aims to support the frontrunner cities in creating local results. This can only be achieved together, by joining forces on a global level, as national networks of ambitious cities.”

Realising the OASC secretariat in Brussels in such a strong and rapid way is made possible by kind support from the OASC cities of Tampere and Helsinki, together with the open data spearhead project “Open and Smart Services” by the Finnish Six Cities Strategy, as well as several other partners.

Mr. Haataja’s first tasks as OASC secretariat director will be to build up the secretariat, streamlining communications and organizing events – starting with the launch of OASC 2nd wave in Tampere, Finland, September 22-23, where networks of cities from the Netherlands, Ireland, Australia, France and Scotland are lined up to join.

The launch in Tampere happens as part of the annual Mindtrek Openmind conference. Apart from the official launch, there are specific OASC workshops with both technical and policy/business focus.

Mrs. Anna-Kaisa Ikonen, Mayor of Tampere, will open the launch session. “We really see an urgent need to drive the digital development of cities forward, but it has to be on terms which cater for the complex cultural, economic and political needs of cities. This is why Tampere invests resources and attention to the OASC initiative. Such efforts are needed, and we can’t overcome the challenges as individual communities.”

Next milestones are the 3rd wave launch at Smart City Expo in November in Barcelona and the Connected Smart Cities Conference, January 21, 2016, in Brussels, where the OASC community convenes.

The OASC 2nd wave launch programme and registration can be found at the Mindtrek website:
www.mindtrek.org

For further information about OASC, please look at the FAQ:
www.oascities.org/faq/